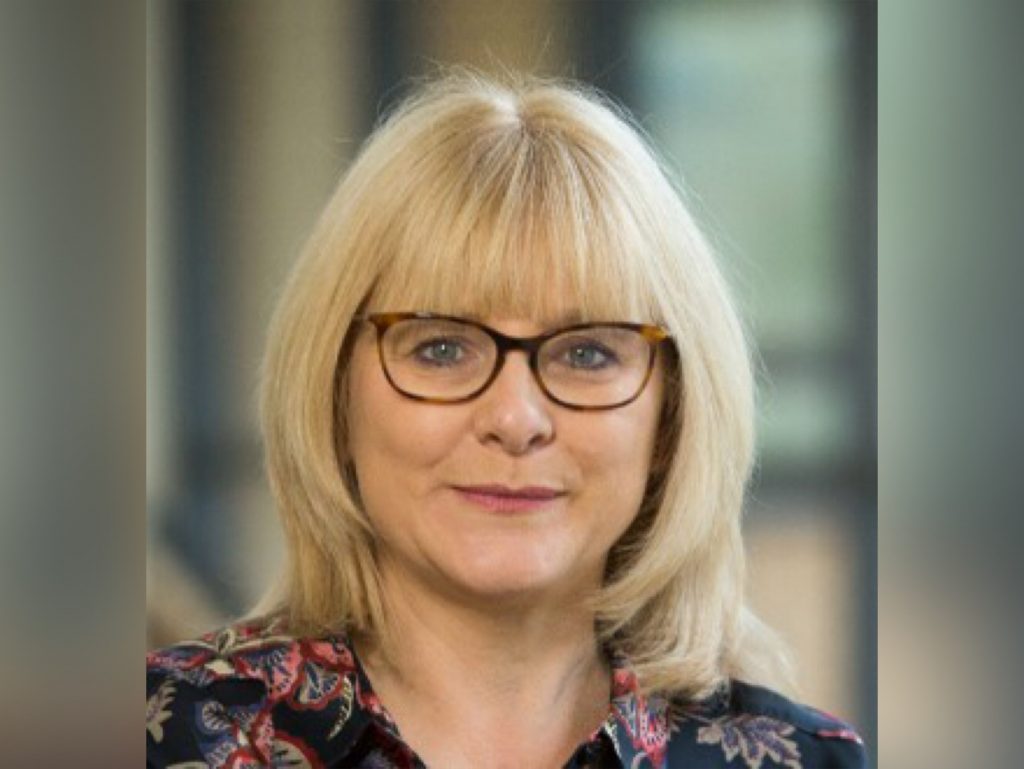 Recognised in the weekend’s Queen’s Birthday Honours list; Cath O’Brien will be awarded a Member of the Order of the British Empire (MBE) for services to the Welsh Blood Service and the adoption of Cell and Gene Therapy in Wales.

A pharmacist by profession, Cath joined the WBS in 2013 and has led the organisation through a number of major change programmes including the transfer of services in north Wales from the English service to form a national blood service for Wales.

In the last two years Cath has been leading a team to develop the Advanced Therapies Statement of Intent on behalf of the Welsh Government. This document outlines the strategic actions necessary to ensure that Wales is able to adopt these novel therapies, including cell and gene therapies, but that is also able to make Wales an attractive place for the development of these therapies and associated services.

Now the Chief Operating Officer of Velindre University NHS Trust, Cath said: “I am delighted to have received this award which reflects the dedication to improving the patient and donor experience demonstrated by all at the Welsh Blood Service as well as the wider Velindre University NHS Trust and the support of our partners in the Life Sciences Hub Wales’ Cell and Gene Therapy Special Interest Group.”

Cath will celebrate the award alongside nine other colleagues from NHS Wales.

Minister for Health and Social Service, Vaughan Gething said: “At the heart of our NHS and social care are the dedicated people working within it. I’m delighted that ten employees from NHS Wales and the Welsh social care sector have been recognised in the Queen’s Birthday honours for their talent and commitment to the people of Wales.”