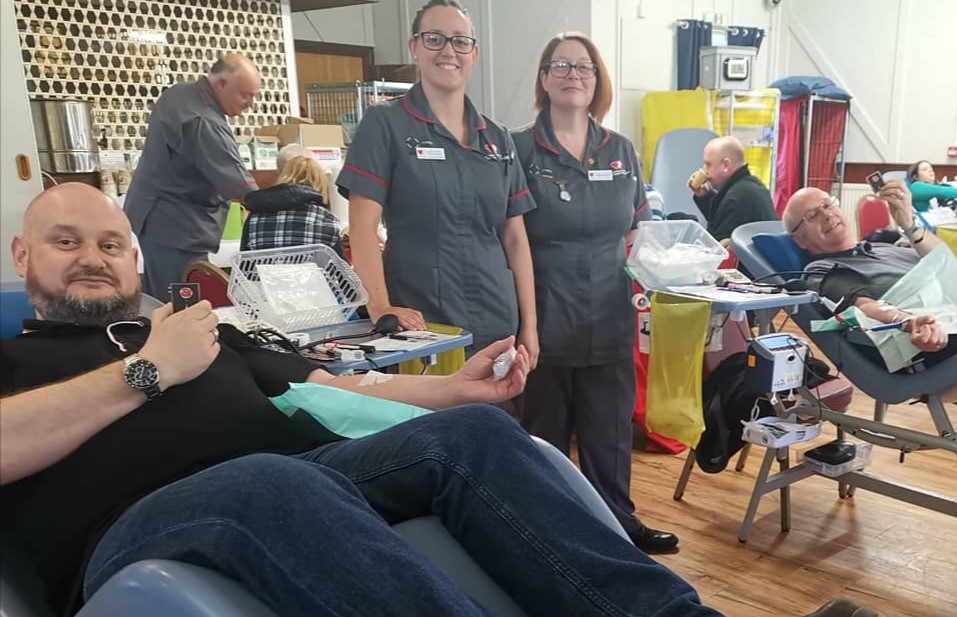 A Pembrokeshire father and son have been recognised by the Welsh Blood Service for donating enough blood to have potentially saved or improved up to 450 lives.

The 150 donations made by Barrie and Simon combined could have potentially saved or improved up to 450 lives. 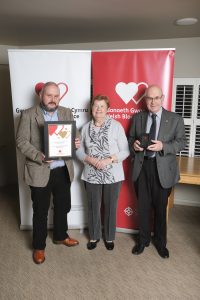 Commenting at the event, Barrie said: “My wife, Jean, used to give blood but had to stop for medical reasons so I decided to donate instead. I used to take my son Simon along to some of my donation sessions so I was extremely proud of him when he took the decision to become a donor himself.

“With a few exceptions we have always attended donations clinics together and I was absolutely delighted when our donation milestones converged so I could give my 100th donation with my son as he gave his 50th.”

Simon added: “Giving blood is the best gift you can ever make, it can be the gift of life for someone in great need. Donating blood is a simple procedure, there is no pain or discomfort, you just relax for a few minutes and it is over before you know it. I was so proud to make my milestone donation with Dad side by side – we had been planning it for some time so we were both over the moon when it came together.

“It is important we recognise and give thanks to the donors of Wales who have been so committed to saving people’s lives by donating blood, platelets and bone marrow. Giving blood is a unique opportunity to really make a difference to patients in need.

“While our awards evenings recognise milestone donors, every single donation we receive really makes a difference to patients’ lives. For those who have shown an interest in giving blood, now is a great time to try and support the growing community of lifesaving donors.”

Blood transfusions are vital in supporting patients in need across the country; from emergency situations such as serious accidents and childbirth complications to supporting cancer patients during chemotherapy treatment.

Fiona Cooper, a mental health practitioner and occupational therapist from Pembrokeshire, was also recognised at the awards evening for her bone marrow donation. Fiona was chosen from a database of over 35 million donors across the globe as the best match for a patient in need of a transplant.

Fiona said: “I started donating whole blood when I went to university and have donated ever since. I decided to sign up the bone marrow registry because it was another way to help someone in need so I was overjoyed when I received the call to say a recipient, a man in his 70’s from the Netherlands, had been found.

“I found the whole experience really positive. You couldn’t help but walk away from the entire process feeling totally overwhelmed with happiness. My donation gave hope to someone in need of help and the possibility of making a full recovery.

“It’s not painful, it’s not scary and I wouldn’t hesitate to do it again so if you are aged 17-30 and give blood I would encourage you to please consider joining the Welsh Bone Marrow Donation Registry.” 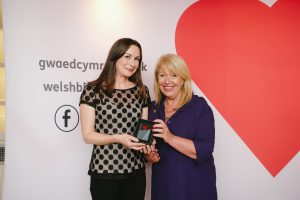 Fiona was presented with her award by Chair of Hywel Dda University Health Board, Maria Battle.

Maria Battle said: “It was such an honour to meet blood and bone marrow donors who make such a difference to our patients in Hywel Dda and beyond. I watched the difference a bone marrow transplant made to a friend of mine last year, how this gift of life saved her and her whole family. Thank you to all our donors for your kindness and compassion.”

It is now easier than ever to make an appointment. To start your lifesaving journey, visit: welshblood.org.uk or call 0800 252 266.