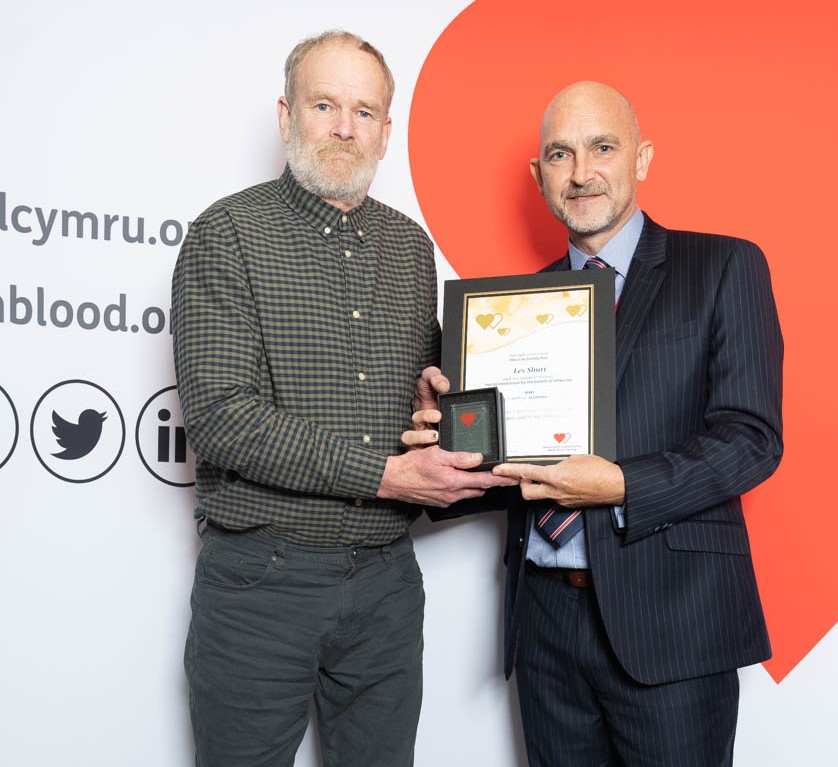 A Henllan man, who is one of Wales’ longest serving blood donors, is calling on local residents to sign up and give blood, after being recognised for reaching 100 blood donations.

Commenting at the awards ceremony Les, a 66 year old retired Farm Manager said: “I started giving blood with my father because I wanted to help people and have continued to do so until a recent health condition has prevented me from donating. This is why it is so important for new donors to step forward and begin their lifesaving journey. There really is nothing to it.

“One of my personal highlights was knowing that my blood was also used for babies who need to receive transfusions. To help people, especially vulnerable children, gives you such a feeling of happiness and goodwill – it is very hard to put it into words.

“It is really easy to donate blood and I would say to anyone considering it to have a go, every donation counts and you may very well surprise yourself how often you decide to give.”

Speaking at the ceremony, Alan Prosser, Director of the Welsh Blood Service, said: “It is important we recognise and give thanks to the donors of Wales who have been so committed to saving people’s lives by donating blood, platelets and bone marrow. Giving blood is a unique opportunity to really make a difference to patients in need.

“Whilst the evening recognises the milestone donors, every donation counts and really makes a difference to patients’ lives. Just one blood donation can actually help three patients as the blood is separated into its components: red cells, platelets and plasma.

“For those who have shown an interest in giving blood, now is a great time to try and support the growing community of lifesaving donors.”
Blood transfusions are vital in supporting patients in need across the country, from emergency situations such as serious accidents and childbirth complications to supporting cancer patients during chemotherapy treatment.

The evenings recognised milestone blood and bone marrow donations. Collectively the attendees made 4,575 donation which potentially could have saved up to 13,725 lives.

Bone marrow donor, 23 year old James Southerby, from Buckley, near Mold was also recognised for his bone marrow donation after being selected as the best match for a patient in need of a transplant from a database of over 35 million donors from across the globe.

On receiving his award James said: “I already donated blood but decided to become a bone marrow donor following the tragic passing away of a close friend of mine, Kelly who sadly did not find a donor match in time for her to receive the lifesaving treatment she needed. Becoming a bone marrow donor is an amazing feeling, you truly are the last line of defence. 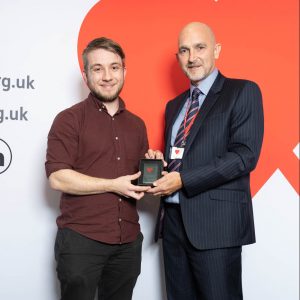 “The staff are so kind and welcoming they put you completely at ease throughout the process, there is nothing to worry about!

“I hope that this encourages more 17-30 year olds who give blood and ask to join the Welsh Bone Marrow Donor Registry, you could be the only match in the world capable of helping someone in need.”

It is now easier than ever to make an appointment. To start your lifesaving journey, visit welshblood.org.uk or call 0800 252 266.