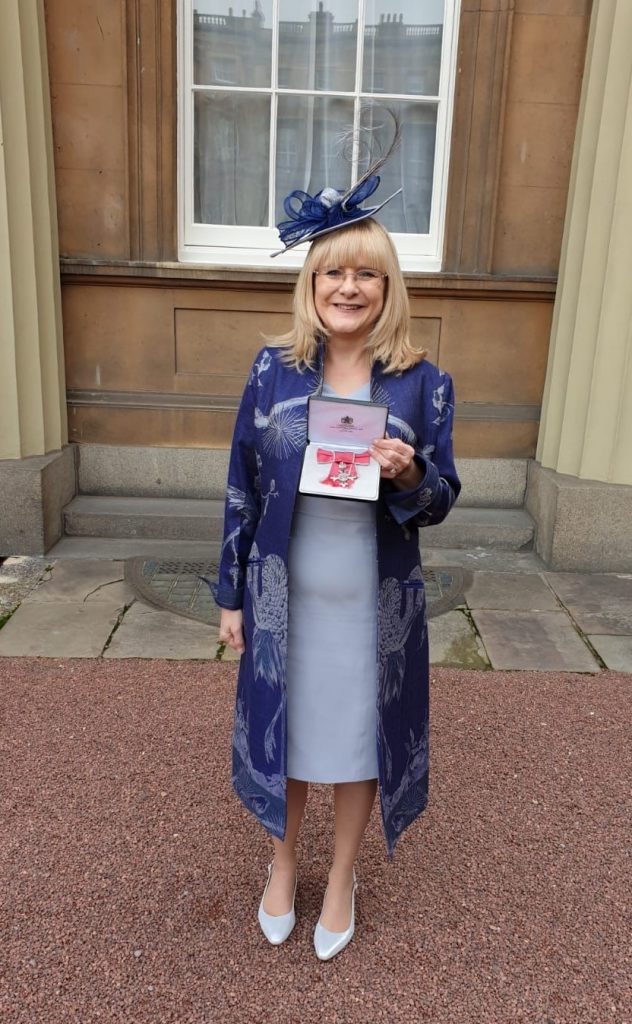 A pharmacist by profession, Cath joined the Welsh Blood Service in 2013 and led the organisation through a number of major change programmes including the transfer of services in north Wales from the English service to form a national blood service for Wales.

Before taking on a new role as the interim Chief Operating Officer at Velindre NHS University Trust, Cath led the development the Advanced Therapies Statement of Intent on behalf of the Welsh Government. This document outlined the strategic actions necessary to allow Wales to adopt these novel therapies, including cell and gene therapies, whilst also ensuring Wales is recognised as an attractive place for the development of these therapies and associated services.

After collecting the award in Buckingham Palace, Cath said:

“I am thrilled to collect this award which recognises the work that has taken place at the Welsh Blood Service. The staff have shown over the years their dedication to providing a service both patients and donors can be extremely proud of.

“Some of this work would not have been possible without collaboration across multiple organisations such as Velindre University NHS Trust and the Life Sciences Hub Wales’ Cell and Gene Therapy Special Interest Group.”

“Cath’s commitment to the Welsh Blood Service and more recently Velindre University NHS Trust and Velindre Cancer Centre has been exemplary. On behalf of everyone at the Trust I’d like to say a well-deserved llongyfarchiadau.”

Cath celebrated the award alongside nine other colleagues from NHS Wales.

“The work that has taken place at the Welsh Blood Service thanks to Cath O’Brien and her team has not only provided a service we can be proud of in Wales, but one that is now recognised on an international scale.

“I’m delighted Cath’s work has been recognised alongside nine other colleagues from NHS Wales and the Welsh social care sector.”