Home > News & Events > News > The Road to the Olympics 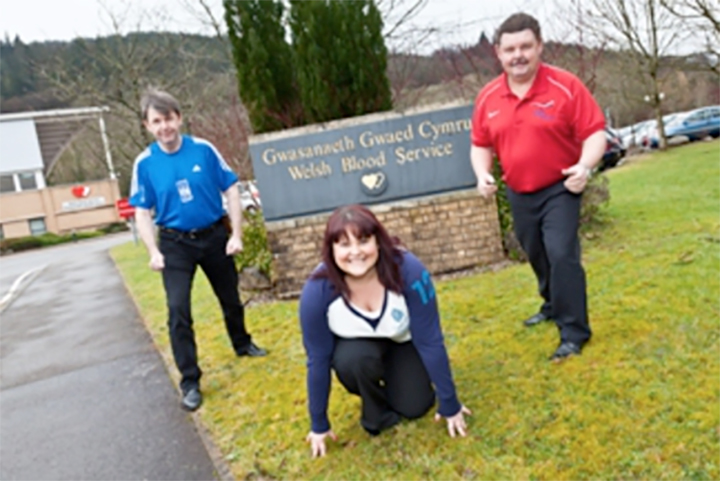 The Olympic flame arrived in the UK in May before embarking on its 70 day journey, bringing the excitement of the London 2012 Olympic Games to the entire country.

8,000 inspirational people have been selected as Torchbearers and will carry the Olympic flame which shines the light of peace, unity and friendship on our communities.

Mark Williamson and Wayne Jenkins are both dedicated platelet donors and have been selected to proudly carry the flame after being nominated by friends and colleagues for their charity fundraising work.

Also living her Olympic dream in 2012 is Kate Hammond who works at the Welsh Blood Service. Following an exciting audition process, Kate has been selected to perform in the 2012 Olympic Games Opening Ceremony in London at the end of July.

If you have ever contacted us via Twitter (@givebloodwales) then you will have chatted with Kate, who loves to hear about your donation experiences! Twitter is a fantastic way to keep in touch with our daily updates. Tweet us and we’ll say hello!

Join us in wishing them all lots of luck on the road to the Olympics and keep your eyes peeled for our Olympians during their moment to shine!